The Sumter County Chamber of Commerce is honoring businesses that has served our community for many years, since the Chamber is celebrating its 100th year of service this year.   In November Cling Drug Store was selected as the Business of Month, having been in business for over ninety-three years serving Americus and Plains.   Lee Pinnell, one of the partners in the business and a pharmacist provided a brief history of the business that has been a “go to” for local people for decades.

Lee said he grew up in the business and graduated from pharmacy school at Mercer University in 1999 and came back to Americus to the business of which he bought half.  “Both pharmacies have only been in the hands of three families,” Lee remarked.  The Clinic Drug Store certainly has that family feel.  In 2017, the Pinnell’s bought Plains Pharmacy where Landon Earl Godwin’s grandson, Boze Godwin, works as a pharmacist along with another pharmacist.

The owners of Clinic Drug Store as well as its employees all believe in customer service.  Every single customer is greeted with a smile as they enter the front door and one of several employees at the front counter asks how they can be helped.  Clinic Drug Store is open from 9 a.m.-7 p.m. Monday through Friday and 9 a.m.-3 p.m. on Saturday.  It is closed on Sundays.  Lee said in case of emergencies, a pharmacist can come back to the store to fill a prescription during off hours. In addition to the pharmacy, the store also offers an impressive variety of gift items and over-the-counter drugs and vitamins.

As the world changes, so does the business world, and that includes pharmacies.  “We do a lot of medication management therapy,” Lee said, explaining that they review the medication with the patient making sure they know how it works.  “Insurance companies are asking us to do that more,” he said, “to make sure people are taking it correctly and not having any side effects or interactions.’

The pharmacy’s staff have also started preparing pill packs for patients, placing the morning and evening dosages in the packet.  “That way people can get all their medications for a month,” he said, “and they’re less likely to forget to take their medications in compliance.  If they are taking lots of different medications, they get it all when it’s supposed to be taken.” This organization is beneficial to the patients as well their caregivers.  Lee said it is an automated system which places the meds in the proper slots.

Clinic Drug Store is also good at price matching whenever possible.  “That’s where it’s good to have well-trained pharmacy technicians.  They help a lot because they know the billing side,” he said.

Following the tornado of March 2007, while Clinic Drug Store experienced some shattered windows the business, used a generator to remain open to fill emergency prescriptions.  When a physician opened the office next to the pharmacy, Clinic Drug Store expanded its capacity.

The Sumter County Chamber would like to thank Clinic Drug Store for its commitment and leadership, not only to the Chamber but to our County for so very many years. 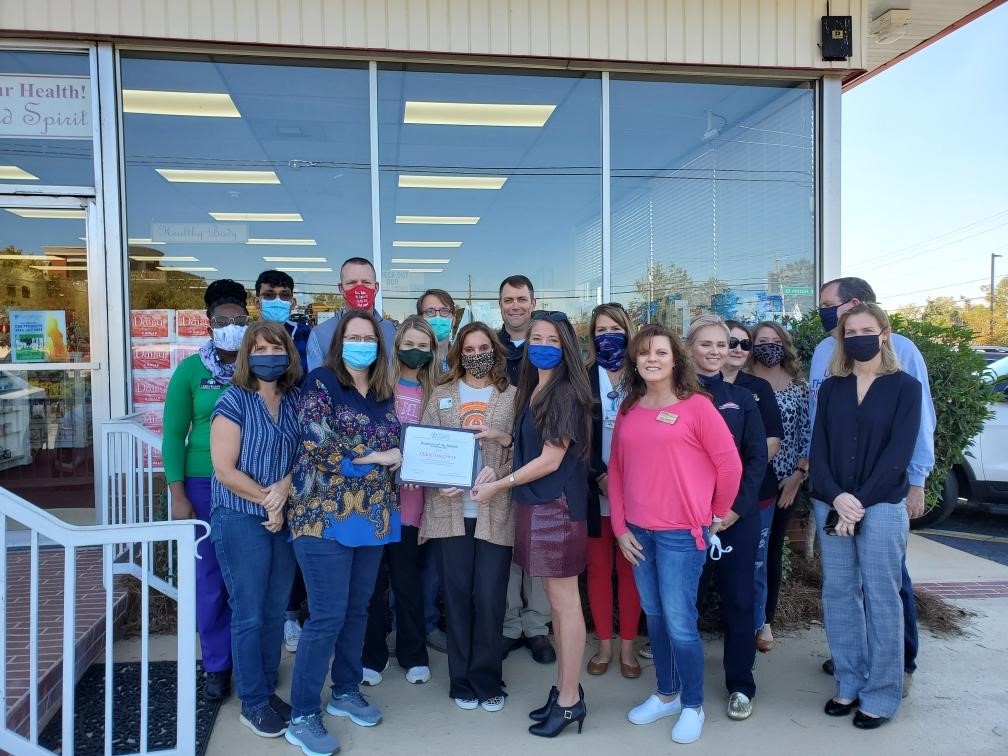