It should come as no surprise that Perry Brothers Oil Co. is such a success: The people who own and operate the company treat their employees like family, and they always put the customer first.

Perry Brothers Oil, headquartered in Americus, has been named Business of the Month of September by the Sumter County Chamber of Commerce.  Steve and Dave Perry sat down with the Chamber to talk about the business: its origins, where it is today, and what the future holds.

Steve said the company was founded on Sept. 1, 1957, by their father, the late William S. Perry and his mother, Joyce Perry, along with two Perry uncles, in Ellaville.  Bill Perry, as their dad was known, was a commissioned agent with Standard Oil Co.  He and their mom were working at    Robins Air Force Base in Warner Robins, but Bill Perry wanted to go into business for himself.  So, he and his older brothers Eldridge and Tom started Perry Brothers Oil Co.  The young company, only employing the husband and wife team, sold gasoline, diesel, oil, and tires.  They started with one delivery truck.

In 1970, the company relocated to Americus at the corner of Elm Avenue and Furlow Street, where it operated until March 2007, when its physical plant was demolished by a tornado.  That property was later rebuilt for Steve and Dave’s cousin Stuart Perry where he owns and operates Perry Wellness Center and Rudy’s Happy Patch.  That is when plans began for a new complex at U.S Highways 280 and 19.

The family had purchased property at Highways 280 and 19, the former site of H. B. Arnold, a grain business, and Sunset Drive-in Theater.  It took several years to prepare the site for construction and Steve said during this period, he and Dave worked on the design of the 45,000-sq. ft. complex which includes the business offices, the tire business, warehousing    space, Gas N Go and its pumps, and space for parking their truck fleet. The family moved into the new location in 2012, which represents a huge investment in the Sumter County community.

And family is especially important.  Bill Perry passed away in 2014, but his wife Joyce worked as       the company’s tax accountant until 2013, when she retired at age 80.  Steve’s son Stephen oversees the Gas N Go operations.  They have 13 Gas N Go stores spread across the state, including Cordele, Byron, Ellaville, Buena Vista, Cusseta, and Pinehurst.  Steve’s son Lance is the IT guy for the company.  Dave’s son-in-law Andy Gordon manages the tire business while     son Ashley Wheeler is the lubricant salesman, and Vangie’s nephews Chris and Noah are also employed with the company,

Dave, who’s been flying for 28 years, uses his plane for business but also for pleasure trips  with his wife Lori who is a nurse practitioner in the cardiology department of Phoebe Sumter  Medical Center just across the street from Perry Brothers Oil. Vangie’s brother Jeff Williams, an   artist of note, also helps out with logos and artwork for the company.  “He gives us ‘our look,’” Steve said.

Both brothers enjoy interacting with people, which also helps to build and maintain a successful business.  They said they also enjoy engaging with the public.  “It’s the customers who have made this company such a success,” stressed Steve.  “That’s why we’re here,” Dave said, “to serve our customers.” They said their employees are like family, and turnover is incredibly low with some having worked for the company for decades.  Both brothers grew up in the business with their parents and started working there in their teens.  Steve said the company has always been a member of the local Chamber of Commerce and its work in promoting local business and industry.  In 2010, Perry Brothers Oil was the recipient of the Chamber’s Small Business of the Year Award.  Steve and Dave Perry agree that it is their customers and employees that make the business a success.

Dave said they always have enough backup product in case of a disaster or other emergency in the community.  “People just don’t realize it,” said Steve, “but there could be a hurricane and there would always been gasoline available” because of their storage space.  Even during gasoline shortages in other areas, Perry Brothers Oil has had it available.

Both brothers agree recognize their employees as family and team members.  “They’ve been very good to us,” Dave said.  “And we appreciate our customers and clients,” Steve added.

The brothers said they plan to continue to grow and expand the business, having recently acquired a new business: Williams-Pitts Oil Co. in Cordele which they bought on Aug. 28.  Renovations on that facility are ongoing, as well as expanding.

“We’re fortunate,” said Steve.  “Our family is interested in the business and staying in Americus.   We’re a tight-knit family.”

The Perry’s said a substantial portion of their customer base is made up of farmers, being that agriculture is the major business in this area of the state.  They also sell fuel to service stations, government entities, corporations, and the general public.  They also bought dozers.com which was formerly Grant Stepp LLC.  After Stepp’s death, the Perry’s bought the business and kept the employees.  That is good business stewardship, and the construction equipment company continue to thrive today.

The Sumter County Chamber of Commerce congratulates Perry Brothers Oil Company for over sixty-three years of service to the business and citizens of Sumter County and region. 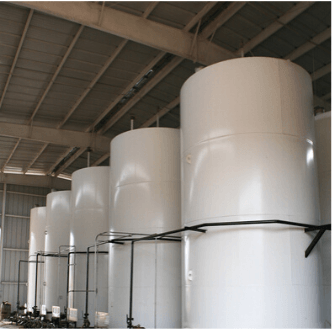