Gatewood’s Flower Shop has been bringing the joy of flowers to the area since 1944. Whether for weddings and receptions, get-well and birthday or anniversary wishes, or to honor the memory of loved ones at funerals, Gatewood’s has been there through all the events of life.

Founded in July 1944 by Furlow Gatewood on Ga. Highway 49 North, the business was later moved to Lamar Street in downtown Americus and was managed by Furlow Gatewood’s mother Flora Gatewood.  The business was relocated again to another location on Lamar Street and was managed by Bette Gatewood Duke who hired her nephew, Leon Holloway, to work there delivering flowers while he was in college at Georgia Southwestern. Holloway said that after college he simply did not want to leave the business, which he purchased in 1977.  In 2000, he moved it to its current location at 304 W. Lamar St., a building he refurbished and modernized while still maintaining its historical elements.  He said his learning experience with his aunt’s business set the foundation for a rewarding career.

The Sumter County Chamber of Commerce has chosen Gatewood’s Flower Shop as the August Business of the Month.  “Gatewood’s Flower Shop has been a member of the Chamber, for over 50 years, and we are honored to present “The Business of the Month” for August, said Carolyn Wright, President.  “Leon has been a long supporter of the Chamber and its mission and is a pillar of our Community.  His dedication and leadership to Sumter County continues to be a light for our great County”

Holloway commented that the business is 76 years old and he has been involved in it for 51 years, since 1969.  Of all the elements of the business, from inventory to designing, he said his favorite part is dealing with the customers and finding exactly what they want for their special occasion.

When asked about particularly memorable events over the past five decades, Holloway said that each is specialized yet he pointed out a few: dances and banquets held in the ballroom at the former Americus Country Club, on the stage of the Rylander Theatre, and President Jimmy Carter’s 75th birthday celebration at the Windsor Hotel, in addition to many other events at the historic hotel, especially during the holidays.

For 44 years, Holloway and a cousin owned and operated Cousins Catering which provided services to bring all their customers’ needs under one umbrella.  The catering company was sold in 2019.  He still helps the current owners, Louis, and Sumner Resnick, when needed.

Holloway stressed that the driving force of his business is, of course, customer service, He recalled a young African American woman coming into his shop recently.  He took time with her to discover just what she needed and prepared it for her.  He said when they were finished, the woman thanked him for his patience and professionalism, and as well as attention to detail, saying that she had never known such good customer service from anywhere else, and that she doesn’t always receive such kindness at other businesses. She told Holloway that she would recommend him to all her friends.  Word of mouth advertising works, he said, because one of the woman’s friends came in the next day.  “That’s why we’re still here,” he said, “because of customer service.”

And speaking of customer service, Holloway recalled a wedding in Plains a few years ago.  As the wedding party was preparing for photographs prior to the ceremony, it was discovered that the groom’s tuxedo pants were missing.  Holloway called Ferd Cohen who told him they would produce a pair of pants if someone could come pick them up.  Holloway volunteered to drive back to Americus to get the pants, but the photographer was ready to start.  Holloway said that he and the groom were the same size, so he gave his pants to the groom and drove to town in his boxer shorts to pick up the tuxedo pants.  Now, that’s customer service.

At another wedding, out-of-town, in June or July in a barn, Holloway said the summer heat melted all the icing from the wedding cake, and it was piled all around the base.  “It was horrendous,” he said.

Holloway has no plans to retire.  “I’m just not ready to quit yet,” he said.  “I look forward to coming to work every morning.  I enjoy dealing with my customers and meeting new customers.” He said that took time to develop as he was very shy when he first started in the business, but his aunt encouraged him to deal with customers at the front desk.  “I learned everything about the floral business from her.”

Holloway commented that after he bought the business from his aunt, Bette Duke focused all her time and talent to the Chamber of Commerce and then-Georgia Southwestern College.  “It was mutually beneficial,” he said.

Holloway said they were preparing for a big wedding the following weekend and he was looking forward to seeing all sorts of “designer face masks” among the guests.  “I’m also interested in seeing how you enjoy a cocktail party with a mask on,” he said of the wedding reception.  He said food service is completely different in the time of Covid 19.

Gatewood’s Flower Shop never closed during the initial months of the pandemic.  Holloway said the front door was locked and when the mailman came to the door, he was allowed entry.  He said the business is really 98 to 99 percent via telephone anyway.

Gatewood’s Flower Shop has five employees, including a full delivery service.  Holloway and Karen Austin are the designers.  The business is open from 9 a.m. to 5 p.m. Mondays through Fridays.  It is closed on Saturdays, except during the holidays.  Such as Thanksgiving, Christmas, Mother’s Day, Easter, and Valentine’s Day.  Holloway said they are also available whenever needed to funerals. 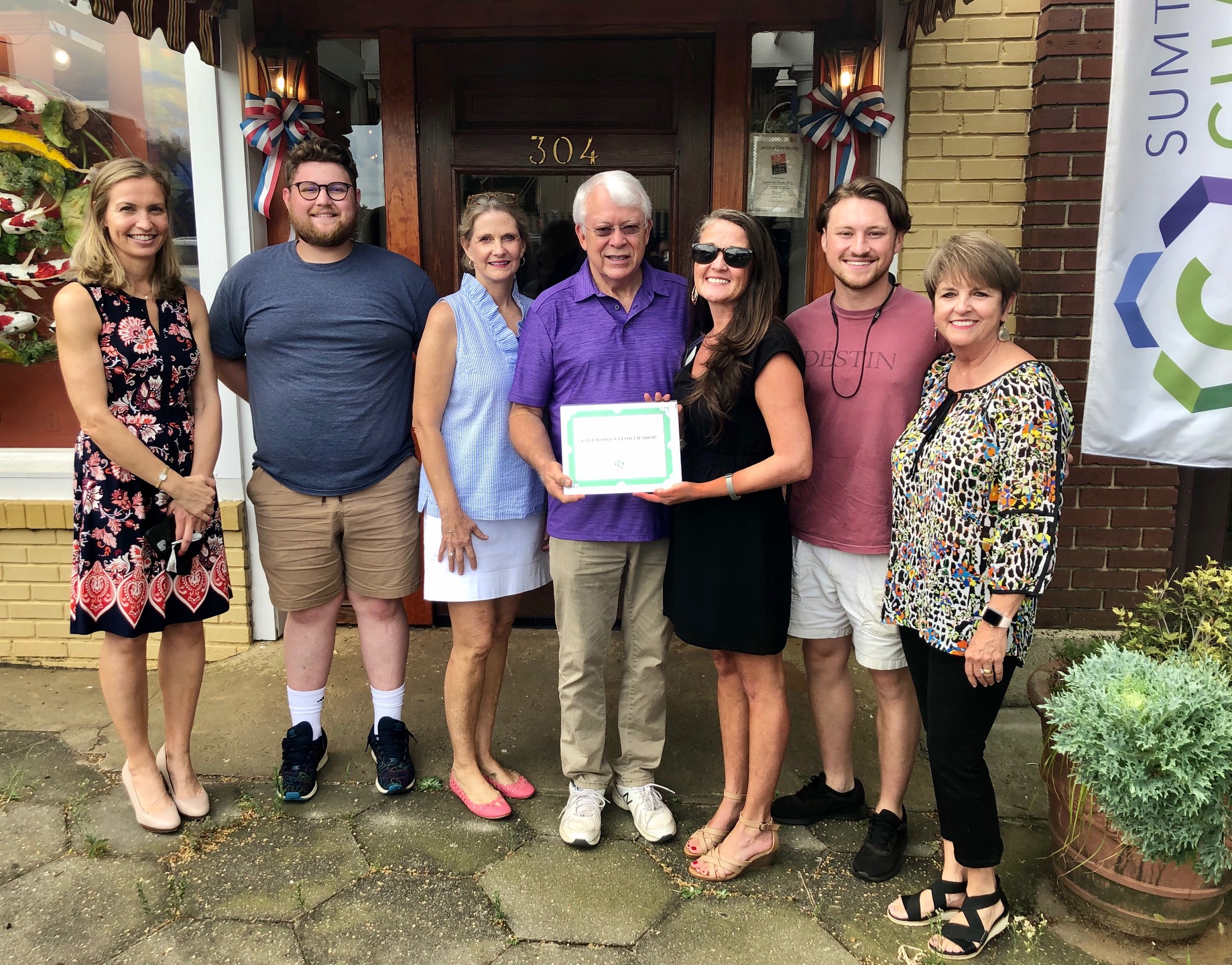